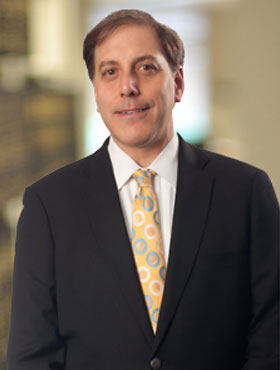 david.pomper@spiegelmcd.com
202.879.3586
Send an email Add to your email contacts Download this page as a PDF Share this page with a colleague

A seasoned litigator and negotiator, David Pomper has been fighting for local governments and municipal and cooperative utilities since 1989.

“Law is practical philosophy,” says David.  “And by my philosophy, some problems can only be solved collectively.”

He has been working to solve problems at the crossroads of economic development, environmental protection, private enterprise and the public interest.

“Where a lot of money is at stake, issues get complicated,” says David, “often because those holding the money pay smart people to complicate matters and win by stalemate.  But a simple principle invariably lies at the dispute’s core.  I make that principle known.”

Complex electric utility industry litigation and transactions involving transmission access rules, antitrust issues, wholesale ratemaking and regulatory policy.  And a simple question at the bottom of much current litigation: are monopoly utilities’ allowed profits (“return on equity”) too high?  Environmental and land use review of energy and transportation infrastructure siting.  Regulatory policy for new technologies such as electricity storage.

United States Courts of Appeals for the District of Columbia, Fourth, Sixth and Eighth Circuits