SEARCH BY PRACTICE OR SERVICE 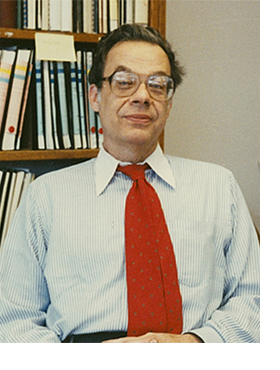 It is with great sadness that we announce the death of our former partner, Daniel Davidson, who spent forty-five years of his legal career with Spiegel & McDiarmid. We remember Dan as an invaluable colleague and wonderful friend, who had a unique gift for crafting the right legal argument, locating the most apt case, and recommending the best mystery novels.

Dan was a 1959 graduate of the Columbia School of Law, where he was a member of the Law Review. After graduation, he clerked for two Second Circuit Judges: Harold Medina and Learned Hand.

Prior to his career as an energy lawyer, Dan worked in New York City, and for several years thereafter, at the U. S. State Department, where he was a staff member at the National Security Council and served as a delegate to the Paris Peace Talks to end the Vietnam War. Outside of the office, Dan was a longtime contributor of op-eds and book reviews to the New York Times, Atlantic, Financial Times, Economist and the Washington Post.

Our California clients remember Dan for his role in the case averting an exponential (and for some clients potentially catastrophic) proposed transmission rate increase by PG&E against the Western Area Power Administration and for litigation over access to transmission service from the Pacific Northwest that was the first successful enforcement of the antitrust conditions in a nuclear license.

More generally, Dan was instrumental in a range of complex matters. Perhaps most noteworthy was his and the firm’s success in the carbon fiber industry price fixing and qui tam litigation.

Dan died peacefully at home, with his wife Susan and his daughter Jill beside him. Our hearts are with them at this difficult time.  According to his wishes, no services will be held, but there will be a memorial gathering at a later date.

Throughout his career of law and public service, Dan was guided by a strong commitment to fairness and justice.  We will miss him greatly.

RETURN TO ALL NEWS