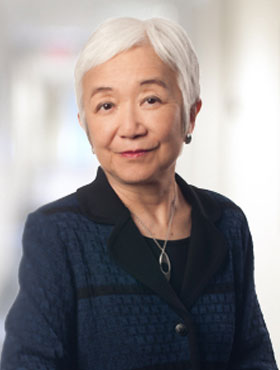 frances.francis@spiegelmcd.com
202.879.4050
Send an email Add to your email contacts Download this page as a PDF Share this page with a colleague

“All my clients are important to me,” says Frances Francis, who has practiced energy law since 1965, when she first served with what is now the Federal Energy Regulatory Commission (FERC).  Her specialty is hydroelectric licensing and regulation and related water and natural resources issues.

Frances has been involved in many significant issues and efforts, including arguing cases in federal appellate courts, representing consumers in both electricity and natural gas rate cases before FERC, and working on transmission siting issues for the New England River Basins Commission and the Energy Policy Project.  Frances has advised clients and participated in cases on nuclear decommissioning issues, including nuclear waste disposal trust funds.  She has also been involved in many negotiations, as well as in arbitrations.

A Yale Law School grad, she enjoys practicing energy law because, she says, “It allows me to make a living in an interesting way, by helping individuals with hard problems to solve.”  Frances has authored and co-authored numerous articles on hydroelectric power, environmental issues, nuclear energy, power plant siting and administrative law issues.

Frances joined Spiegel & McDiarmid in 1974 and was a partner from 1976 to 2010, with hiatuses from the firm to teach law school, for advanced study at Harvard University in government and economics and to work for public commissions. She has been recognized as an AV Preeminent-Top Rated Lawyer® for Energy, Environmental and Natural Resources by ALM Media.

In late 2010, President Barack Obama appointed Frances to be a Member of the President’s Advisory Commission on Asian Americans and Pacific Islanders.

Harvard University, 1970-1972
Cambridge, MA
Completed all but dissertation for PhD in Political Economy and Government

United States Courts of Appeals for the District of Columbia, First, Second, Ninth and Tenth Circuits